AiPol > ABOUT US > PROFESSIONAL NOT INDUSTRIAL FOCUS

Professional bodies generally do not involve themselves in industrial relations issues (Johnstone et al 1999, 75-76), and whilst there is often a fine line between professional and IR issues, it is not proposed that a professional body for policing would venture into domains already adequately represented by the Police Federation of Australia, the New Zealand Police Association or the respective State and Territory unions.

A provisional international scan and was unable to identify the existence of a non-industrial professional body that is designed to serve all members of the policing profession. Despite there being a broad agenda in respect to both associations, the International Association of Chiefs of Police (ACOP) and the Association of Chief Police Officers of England, Wales and Northern Ireland (ACPO) were found to fail to represent the professional interests of all police officers within their respective jurisdictions.

The Canadian Professional Police Association (CPPA) proclaims itself to be the national voice for 54,000 police personnel across Canada, but is also the National Centre for Police Labour Relations. Whilst it provides advocacy on a number of professional issues, there remains a strong industrial relations flavour to its goals. In addition to advocating a bill of rights for police officers, it also aims to:

“Provide a collective support network for member associations to successfully improve representation and conditions for their own members in collective bargaining, education and training, equipment, health and safety, and protecting members’ rights.”
– (CPPA website 20/07/05)

It appears that the Police Federation of Australia (PFA) performs a similar industrial role to that of the CPPA and it is conceivable that this Canadian body adopted an advocacy role on professional issues due to the absence of any other professional entity that performed this function.

There is a significant school of thought that proposes that the creation of a professional policing body must be “peer driven”. That is to say that the body must be established as a result of a “ground swell” from police practitioners rather than the commissioners imposing it upon them.

Following the 2005 Working Party outcomes, a number police practitioners (now Foundational Fellows) made the decision to set up the professional body for Australian and New Zealand Policing and on 25 July 2007, the Australasian Institute of Policing was registered as an incorporated association under the Victorian Incorporated Associations Act. As such, AiPol is believed to be the first such body for policing established anywhere in the world. 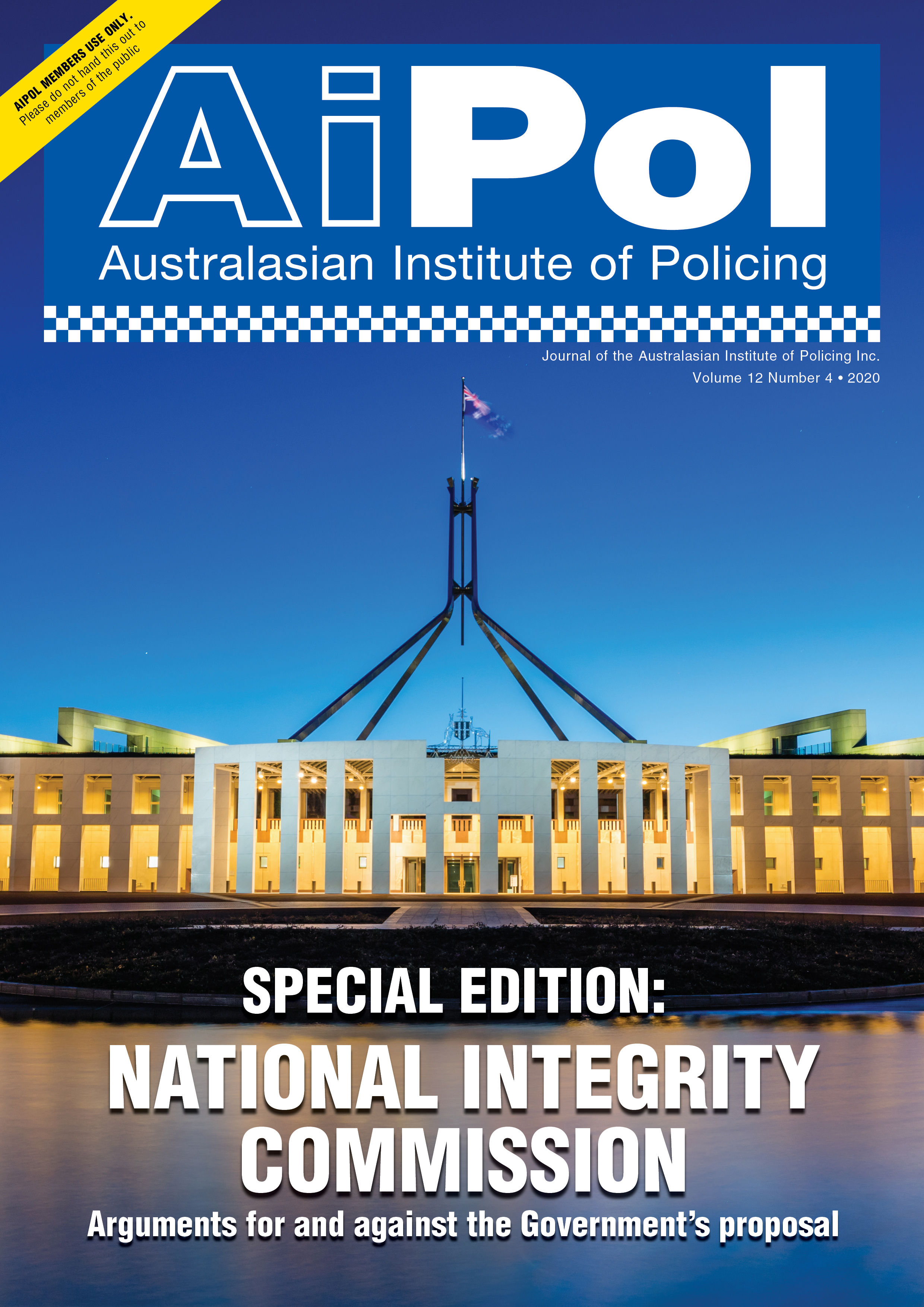